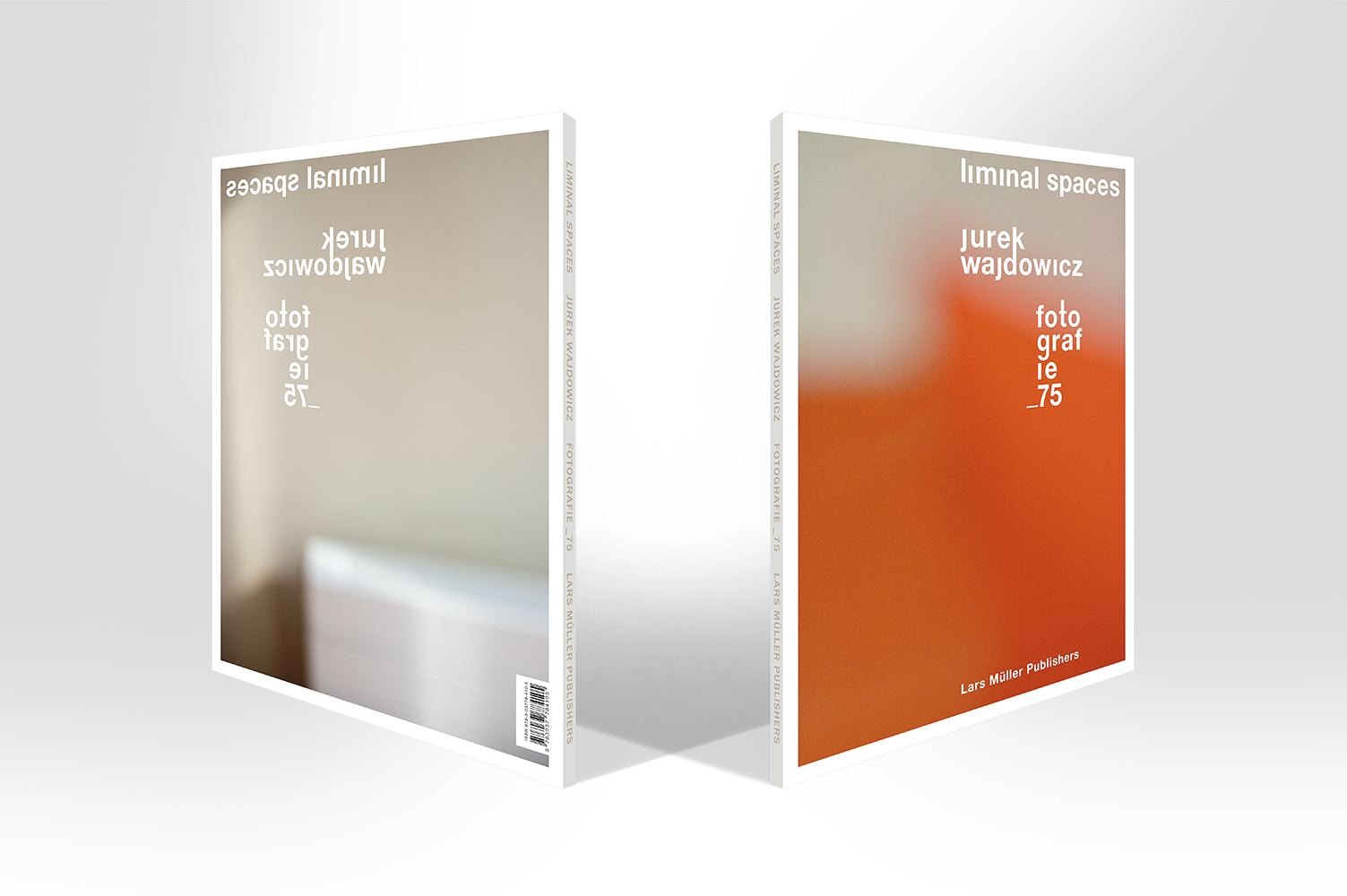 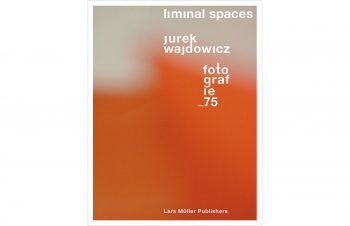 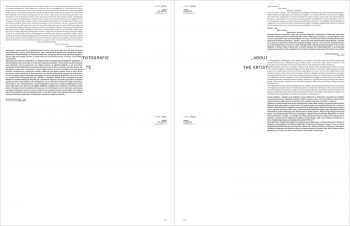 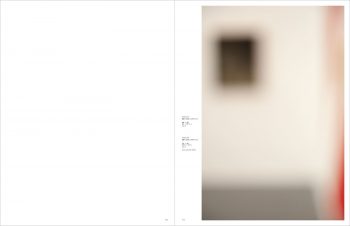 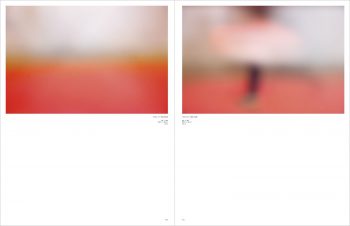 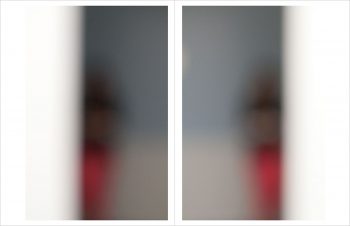 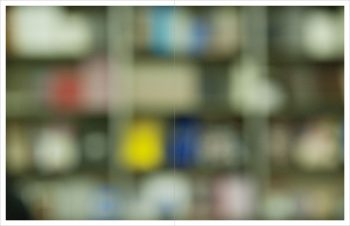 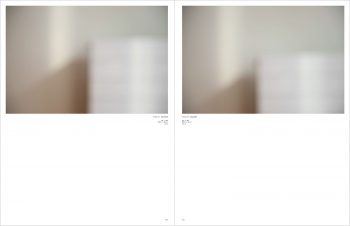 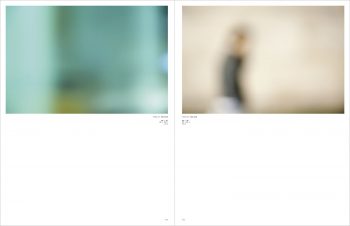 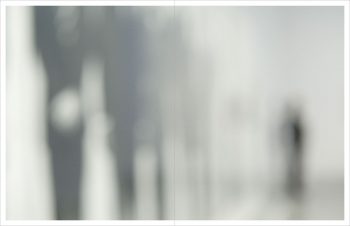 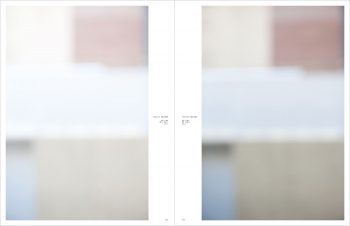 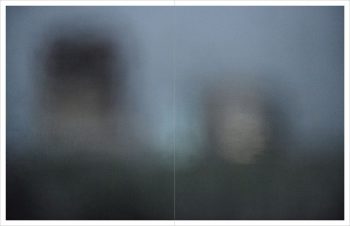 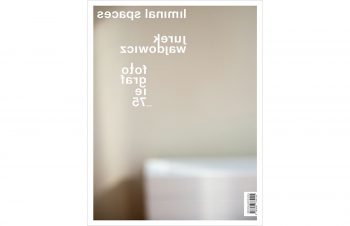 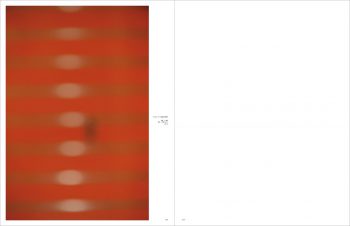 Limited edition book of Jurek Wajdowicz fine art photography published in 2013 by Lars Müller Publishers / Zurich. Polish-born American art photographer Jurek Wajdowicz’s new art book luxuriates the viewer with both saturated and minimalist images that float between abstraction and reality of both the perceived and the imagined. The largeness of this limited-edition publication, reminiscent of a gallery space, envelops the reader and creates a pause for each image. You realize at once you are seeing something captured in its purity—in its minimal, intense and separate state. (from Lars Müller Publishers website)

OF IMAGES, AND A FEW OTHER IDEAS
What does it mean to have left a country behind, a familiar space? Is it like leaving an arm, a brain, a section of one’s heart someplace else? Do its landscapes (real and imagined) continually hover in the liminal spaces of the as yet to be discovered? Do they habitually insert themselves, partially mute, as if from a childhood left behind? Or do they constitute a roadside cinema of the forever inexplicable, an orchestra of breathless sounds?

And, as the curtain recedes do the colors transform, and become vibrant with emerging possibilities? (The dull ache of absence—does it ever leave the frame?) Why does Jurek Wajdowicz leave out so much in his photographs (or are they photograms, or perhaps even musical scores)? Or has he simply substituted awe, a considered respect, for the superfluity of the objects themselves? (Is this what is meant by a sacred space?) The formal pyrotechnics of two from among Jurek’s many mentors—the repetitive mantra of “A Love Supreme” by John Coltrane, a plangent prayer struggling to emerge from the chaos, or Julio Cortázar’s careening literary experiments such as Hopscotch—speak, as in Jurek’s work, to the substance in what is only minimally perceived: the challenge of the gaps and multiple rhythms, the indirection within the discordant journeys, articulate possibilities far beyond the concrete. As Cortázar begins his short story, “Blow-Up” (the inspiration for Antonioni’s more famous film): “It’ll never be known how this has to be told, in the first person or in the second, using the third person plural or continually inventing modes that will serve for nothing. If one might say: I will see the moon rose, or: we hurt me at the back of my eyes, and especially: you the blond woman was the clouds that race before my your his our yours their faces. What the hell.”

How should it be told? “Blow-Up” (originally called in Spanish “The Droolings of the Devil”) extols the ambiguities of beings and conflates superimposed states of seeing. What do the photographs in the story have to say, or not say? What happened? Who menaced whom? Was it the sound of the camera’s click that caused the quantum collapse? And those birds that continually fly by… Seeing and looking are hardly the same. The riches reside as well in the parallel universes, those which conventional photography, quoting from appearance, hardly seem to take into account. In the hints and smatterings of shape in Wajdowicz’s own images, in his embrace of negative space, appearance manages to conceal itself, implying the gaps of the forever in-between. The engaged viewer can then infer ways to re-imagine, while Jurek’s lens argues for a less traveled space. It is no wonder that his imagery reads like jazz.

In an adjacent universe Wajdowicz is also one of our foremost designers in active pursuit of human rights. The concentrated rigor of his design, his careful choice of photographers to investigate the world’s horrors, is constructed on a platform that can be said to be revealed by the images in this book. Underneath the excruciating deviations, the mass graves and obscene deprivations, there is a reminder of humanity’s potential for coherent complexity and grace. From the cacophony, as referenced in Coltrane’s “A Love Supreme,” Jurek’s judicious scalpel carves a space to contemplate what humans do to each other. But he also leaves open an uplifting possibility of what they, we, might instead choose to accomplish. The spirit may be sullied, but in his universe it also remains unbound. Humanity’s victims, those from the dark side of our moon, should be presented as no less luminous than anyone else. The real challenge revealed to us, the onlookers, is to become extraordinary ourselves. There is no place for a dead end.

The images in this book, in their constraint, remind us of the follies of excess, of the billions of images floating throughout our minds when we require so many fewer. His images evoke the silences that have not been diminished, spaces for only the most pointed comments. A considerable musculature is required to wrestle with the excess and the chaos, to chart frames that are pregnant with absence. A nostalgia is embedded in this work, but also a resilient sense that going forward there must be a better way.
It may not be the convention to speak in moral and political terms of abstraction, but in this case it is inevitable. There is, in Wajdowicz’s contemplative rigor, an inalienable right to be human.